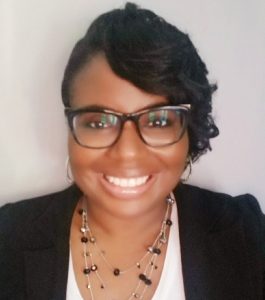 Hartford Seminary is proud to announce that Lorraine Browne, who has worked at Hartford Seminary in various positions since 2007, has been promoted to a new position of Diversity, Equity, and Inclusion Officer.

President Joel N. Lohr, in announcing the promotion, said: “Over the past 18 months, I’ve had the privilege of working closely with Lorraine each day. Lorraine is a highly competent, knowledgeable, deeply committed, and hardworking leader who not only gets things done but blesses those she works with as she does. I could not be more pleased to promote Lorraine to this important position, something I do with the enthusiastic support of the Seminary’s Executive Committee of the Board. I have every confidence that she will not only thrive in this position, but will help us become a better organization and people through her leadership. Congratulations, Lorraine!”

The Diversity, Equity, and Inclusion Officer is a member of the Senior Leadership Team who champions the importance of, and works to support, a diverse and inclusive seminary environment. Working closely with the President and Senior Leadership Team, this individual leads the development of a vision and effective strategy to create a culture for equity, diversity, and inclusion. The Officer actively engages students, faculty, staff, and board members to further behaviors, attitudes, and policies that support these areas. The Officer will chair a newly formed Advisory Council that aims to implement meaningful policy and action.

“I’m honored to take on this important work at Hartford Seminary,” Browne said. “As an African American woman raising a son, I know first-hand the fear that many African Americans live with daily in our country. I hope to do my part in leading the Seminary’s initiative through accountability, ongoing conversations, training, and a call for change. Working closely with an Advisory Council, I hope to further racial and social justice initiatives beyond Hartford Seminary to surrounding communities. It’s clear that the time for real change is long overdue, the time for real change is now.”

The position was created after the board’s Executive Committee adopted several recommendations made by the Seminary’s Senior Leadership Team, which President Lohr tasked in early July with finding ways to address systemic and historic racial inequities both internally and externally. Additional recommendations will be vetted by the new council.

Browne holds both a BA and an MS in Management from the University of Saint Joseph. Before to her appointment at Hartford Seminary, she served as Editorial Coordinator and Executive Assistant at S&S Management Services, responsible for managing manuscripts and book reviews, member relations, meeting and event planning, as well as marketing for this large association management firm. Prior to that, Ms. Browne served as the Executive Assistant to the President of a small technology company responsible for office management, customer service, and sales.

Browne’s responsibilities with international students will be handled by Marcia Pavao, who will serve as Interim Coordinator of International Student and Scholar Services.