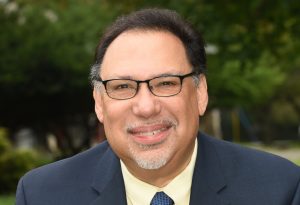 The Louisville Institute has awarded Hartford Seminary a grant of $44,150 for a Collaborative Inquiry Team project called “The Presence of Latinx Pastors in Non-Latinx Mainline Protestant Churches: Impact and Learning.”

According to the grant proposal, “The core question to be explored in this project will be the impact of Latinx pastors on majority white or multicultural mainline Protestant churches in the Northeast region of the U.S. What experiences, resources, tools, skills, knowledge do U.S. Latinx, Latin American and/or Caribbean (i.e., from Puerto Rico or the Dominican Republic) pastors bring to bear upon the exercise of pastoral ministry when their congregations are not majority Latinx, but rather white or mixed in racial/ethnic background?  Given the general decline for several years now in mainline Protestant numbers of constituents and congregations in general, does having a Latinx pastor make a difference, and if so, in what ways?”

The Collaborative Inquiry Team will include four pastors, one seminary professor, and one seminary administrator/pastor. Researchers at HIRR will construct a survey to send out to key pastors in the Northeast region. After a year of research and site visits and a second year of assessing findings, the team plans to organize a major conference and write a report about the project.

The Louisville Institute Collaborative Inquiry Team program supports teams of pastors/ministers and scholars/professors who propose projects to promote the flourishing of North American Christian communities. A Collaborative Inquiry Team grant enables each team to spend an extended period of time exploring together a question of vital importance for the thriving of Christianity in North America.

Louisville Institute, based at Louisville Seminary (Louisville, Kentucky), is funded by the Religion Division of Lilly Endowment, Inc. The Louisville Institute’s mission is to bridge Church and academy through funding research about those who lead and study North American religious institutions, practices, and movements, and thereby promoting scholarship that strengthens Church, academy, and society, so that the work of each might inform and strengthen the other and ultimately contributes to the flourishing of North American Christianity.

Congratulations to Efrain and HIRR!