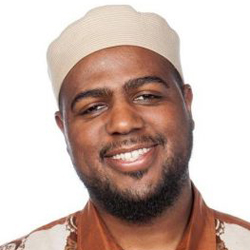 Bilal Ansari, Faculty Associate in Muslim Pastoral Theology and Co-Director of the Islamic Chaplaincy Program, also works at Williams College in Williamstown, MA. His title there is Assistant Vice President for Campus Engagement in the Office of Institutional Diversity, Equity, and Inclusion.

In the Fall 2020 issue of Williams Magazine, Dr. Ansari tells the story of his great-grandparents’ experience working at a Williams College fraternity house as well as their unsuccessful efforts to buy a home in Williamstown because banks refused to give them a mortgage. They were also shut out from one neighborhood because of a whites-only restrictive covenant.

After decades of trying, two fraternity brothers stepped in to co-sign, and Dr. Ansari’s great-grandparents were finally able to own their own home. Shortly after they took ownership in 1962, Dr. Ansari’s father visited his grandparents and experienced a traumatic racial incident during which he was threatened by a mob and run out of town.

Dr. Ansari only learned of the incident when he told his father he was applying to Williams for a job as the college’s Muslim chaplain in 2011.

“If you work at Williams,” his father told him, “maybe it will finally be a restoration and allow my healing with this place.”

The full article is available at this link.

Thanks to Bilal for sharing this powerful piece.