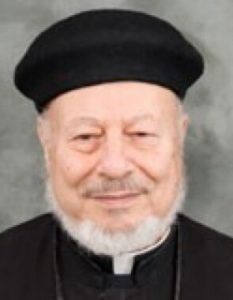 The Coptic community in North America is now about 2 million people.