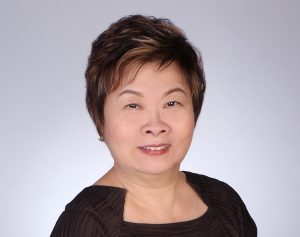 The Centre for Interfaith Understanding (CIFU), an interfaith initiative providing an inclusive space and critical engagements that bridge theory and practice on interfaith issues, launched virtually on Oct. 30, with Guat Kwee See, MA ’07, proudly looking on.

Guat, who has kept in close touch with Hartford Seminary since her time here studying Christian-Muslim relations, is the first chairperson of CIFU with Founder Mohamed Imran, a known interfaith advocate in Singapore, as vice-chairperson. Its 10 founding members, prominent interfaith advocates and bridgebuilders in Singapore, are Christian, Muslim, Bahá’í, Buddhist, Hindu, Sikh, and Humanist.

Singapore is one of the most diverse countries when it comes to religious faiths. CIFU plans to develop programs in interfaith leadership, help strengthen the fabric of society, and bring interfaith discourse in Singapore to greater heights, with greater appreciation of diversity, challenging assumptions and stereotypes, and finding common ground, all things Guat enjoyed learning at Hartford Seminary.

The organization plans to host guest speakers, develop programs with other organizations and communities, and seek collaboration with peacemakers and bridgebuilders in ASEAN (Association of Southeast Asian Nations).

The journey to get CIFU approved was a long one. It took almost a year before CIFU received its status as a registered non-government organization (NGO) under Singapore’s Registrar of Societies.

“Humanity needs to do this, otherwise all the bridges are collapsing, all the walls are thickening, they are getting thicker and growing higher, and more people are building walls,” Guat said.

Guat’s journey toward interfaith understanding began on a 10-week trip to Israel in 2001 with a friend. She had tours with a Jewish guide and a Muslim guide and was able to meet and witness the mixture of people there and their plight.

“We not only visited the usual tourist sites in Israel, Jerusalem, but also went into the West Bank and the Gaza Strip. We met Jewish families and Palestinian families, who were both Christians and Muslims. We began to have an insight into what life was like for all the different people in the land.”

Guat met Dr. Yehezkel Landau during her trip. She went to a Passover open house he hosted and saw all different religious communities in one place. Jews, Christians, and Muslims were all sharing a meal together, reading their own texts, and singing their songs and hymns in their own languages. This was the first time she had met an interfaith avocate and peacemaker.

“When I was in the Holy Land, I met all the people who lived there, the Jews, the Christians, the Evangelicals, Messianic Jews etc., it challenged all my stereotypes. I began to see them as people, human beings, just like me,” she said. “They have family, they have pain, they have a history, but they’re trying to live their lives the best they can, and they want to do everything for their children to have a good life.”

In 2003, Dr. Landau, who was starting a program at Hartford Seminary, told Guat about his plans. “When I was in London, he told me that he was starting this program called “Building Abrahamic Partnerships.” I was excited! I flew over and visited Hartford Seminary. I had found a special place! I never wanted to leave.”

She soon became a student. Guat lived in the women’s housing with Muslims from different countries, and together they supported one another, and learned how to live with their differences. “I learned that people are different from me, and nobody thinks the same way as I do due to their upbringing, backgrounds, faith traditions and experiences. That’s what the whole of the Earth is like. It was not easy to live together, but we became like ‘sisters,’ helped and cared for each other, and I really, really enjoyed my time.”

She finished her degree with a thesis on History of Christian-Muslim Relations in Singapore since country’s independence in 1965. Guat was inspired by everyone at Hartford Seminary.

“Miriam Therese Winter, the Catholic sister, and her Women’s Leadership Institute was such an awakening and insightful moment for me, women coming together, talking about women, their impact and their faith and their traditions and everything in their history was so exciting. I met Professor Jane Smith, and she was a Christian with a Ph.D. in Islamic Studies. Now, how cool is that? From my world coming to Hartford Seminary was like paradise.”

One of her favorite teachers was the late Professor Ibrahim Abu-Rabi. Guat talked with him and learned that he wanted to explore Southeast Asia. He taught in Singapore as a Senior Fulbright scholar for one semester in 2006. Professors Abu-Rabi and Jane Smith were her thesis advisors.

She also loved that there was almost no distance between the teachers and students.

“Because the faculty is not that huge, we felt that we were family. The professors allowed us to just make an appointment, pop in, and talk to them.”

Guat met so many people from diverse cultures, nationalities, and religious faiths during her time at Hartford Seminary and learned about the world through the eyes of her peers, faculty, and staff.

She continues her role as an interfaith bridgebuilder and facilitator and wants to help strengthen CIFU’s reach all over the world and learn from other’s experiences as well. Guat hopes to encourage more people to dialogue about issues which matter to them, by listening, reflecting, and deepening the conversation with each other, and themselves. The pandemic has not brought her down at all.

“I don’t see it as negative or positive,” she said. “It is how you utilize the situation.”