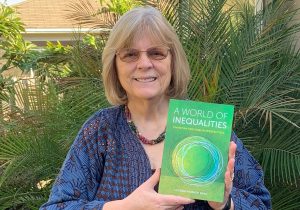 As the rapporteur of the Building Bridges Seminar and coeditor
of seven previous volumes generated by that dialogue, Lucinda Mosher was the logical person to edit the 8th volume in the prestigious series.

Dr. Mosher, Faculty Associate in Interfaith Studies, has been involved in this long-running Christian-Muslim dialogue effort since almost its start in 2002.

This volume is described as taking “an intersectional 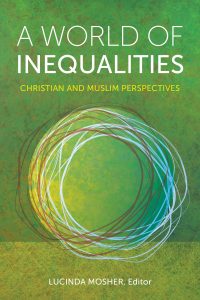 approach, examining aspects of global inequality including
gender, race and ethnicity, caste and social class, economic
and sociopolitical disparities, and slavery. Essays explore the
roots of these realities, how they are treated in Christian and
Muslim traditions and texts, and how the two faiths can work
together to address inequality. A World of Inequalities brings
readers into the conversation, inviting them to engage in a similar
dialogue by offering pairs of essays alongside texts for close reading.
Scholars, religious leaders, and students of theology and theological
ethics will find this a useful resource to address this pressing issue.”