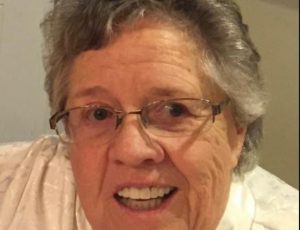 The Rev. Dr. Bouffard graduated from Saint Joseph College in 1963, after which she joined the Peace Corps. For many years after that, she was a teacher at schools in the Hartford region.

After retirement, she had a second career as a pastor, receiving her MA from Hartford Seminary. She was also ordained to the priesthood in the Ecumenical Catholic Church.

For 10 years, “Pastor Lorraine” hosted and produced a monthly television show at West Hartford Community Television. She was also highly involved in protests in support of the LGBTQ community.

In 2001, she received her Doctor of Ministry from Hartford Seminary, and continued to serve as a Bishop in the American Ecumenical Catholic Church, as founder of the Parish of the Divine, and as a devoted food pantry volunteer and manager.

Her full obituary can be found at this link.