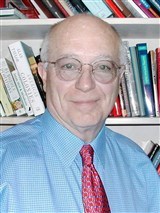 Dr. Joseph Duffey, who attended and taught at Hartford Seminary and launched a legendary anti-war Senate campaign in the early 70s, has passed away at the age of 88.

According to an article in The Hartford Courant, Dr. Duffey “took on the Connecticut Democratic machine run by John Bailey and won a three-way party primary” in 1970 while a professor at Hartford Seminary. He had earned his Ph.D. from the Seminary in 1969 and founded the Seminary’s Center for Urban Studies.

After his short-lived political career, Dr. Duffey became chairman of the National Endowment for the Humanities from 1977 to 1982, and then chancellor of the University of Massachusetts at Amherst. He also served as president of American University for two years.

This New York Times article called him a “cultural arbiter” in the Carter and Clinton  administrations and someone who brought “progressive sensibilities” to his influential positions.