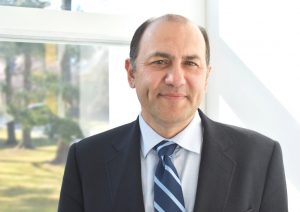 A post on the popular bookriot.com names Dr. Hossein Kamaly’s “A History of Islam in 21 Women” as one of 4 “Best Women’s History Books.”

Dr. Kamaly, Associate Professor of Islamic Studies, has received high praise for the 2020 book, which looks at Islamic history through the lens of 21 highly accomplished women. The New York Times said, “For Western readers, it exposes the untruths that have characterized Muslim women as deferential beings in need of rescue.” The book has been translated into Turkish and will be translated into several other languages.

In naming it a top 4 women’s history book, Bookriot said: “Love a series-of-profiles book. From Mecca in the 600s to present day Europe and America, Kamaly tells the stories of 21 Muslim women and their impact on society, including ‘first believer’ Khadija, Mughal empress Nur Jahan, and acclaimed architect Zaha Hadid, who ‘liberated architectural geometry,’ which is a pretty cool thing to be said about yourself.”

Interior: How Science Got Women Wrong and the New Research that’s Rewriting the Story by Angela Saini

Ivory Vikings: The Mystery of the Most Famous Chessmen in the World and the Woman Who Made Them by Nancy Marie Brown