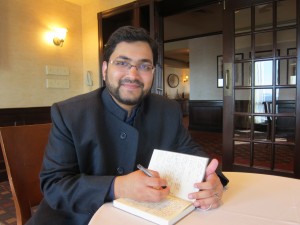 Chaplain Sohaib Sultan ’10, a Hartford Seminary corporator and active alumnus, passed away Friday at the age of 40. He was the first full-time Muslim Life Coordinator and Chaplain at Princeton University, a job he held for the last 13 years.

Chaplain Sultan was a graduate of Hartford Seminary’s Islamic Chaplaincy Program, having been recruited by its founder Dr. Ingrid Mattson during a convention of the Islamic Society of North America.

President Joel N. Lohr offered these words: “Our dear brother and friend Chaplain Sohaib Sultan was such a powerful presence at Hartford Seminary as a student and then as an alum. He never turned down a request to visit and to educate our students about what it means to be a chaplain. He was a gift from our Maker and he will be sorely missed. The Association of Muslim Chaplains has requested that we plant a tree on our grounds that will remind everyone of Chaplain Sultan’s important legacy, and we are honored to do so.”

Chaplain Sultan was a highly regarded and highly visible figure in the U.S. Muslim community, the author of The Koran for Dummies (2004) and The Qur’an and Sayings of Prophet Muhammad: Selection Annotated and Explained (2007). According to Dr. Bilal Ansari, Co-Director of the Islamic Chaplaincy Program and Faculty Associate in Muslim Pastoral Theology, a posthumous work is forthcoming that expands Chaplain Sultan’s master’s thesis at Hartford Seminary on Muslim preaching. He was considered a trailblazer among Muslim chaplains and an important figure in interfaith peacebuilding.

“When the elect of Muslim chaplains in the field close their eyes and say ‘chaplain,’ Sohaib Sultan immediately comes to mind,” Dr. Ansari said. “If your eyes never met him or ears have yet to hear his words, then know he was a gentle and kind chaplain. It was love at first sight 16 years ago for me, and I long to see him in the highest company, God willing.

Another close friend, Khalil Abdullah ’19, Muslim Advisor at Dartmouth College, said Chaplain Sultan showed everyone who knew him how to live with gratitude and gentleness.

“Sohaib was my companion and kindred spirit. During the past few months, we spoke often. He always listened deeply and gently guided me, and so many others, with sage wisdom and compassion. He cared about human beings and their happiness, no matter who or where they were on their spiritual journey. He wanted nothing more than to serve his family, friends, and community, with humility and a joyful heart.”

Chaplain Sultan was diagnosed with a rare form of cancer just over a year ago, and he has been open about his journey with the terminal disease. A few weeks ago, he gave his final Jummah Bayyan at Princeton and talked about the challenge of living with gentleness and compassion when in pain. He also thanked those who have been praying for him for the last year, to which he attributed extra time he was given to spend with his wife and young daughter.

The community at Princeton organized a virtual khatam al Qur’an (completion of the Qur’an) for him last week.

“There are no words to describe how dear Imam Sohaib is to our hearts. He gave so much of himself even as he struggled with cancer all this time, always more concerned for others than he was for himself,” Sabrina F. Mirza, Assistant to the Muslim Life Chaplain at Princeton, said in a message to the community.

A virtual service was planned for 2:30 p.m. EST on Saturday, April 17 and can be found at this link.

There are two charities that are actively collecting funds, one is Chaplain Sultan’s charitable fund, accessed at this link. https://www.launchgood.com/campaign/support_the_imam_sohaib_sultan_charitable_fund

The other is for a family trust: https://www.launchgood.com/campaign/support_the_imam_sohaib_sultan_family_trust#!/

Chaplain Sultan last visited Hartford Seminary in February 2020, just before both the pandemic and his cancer diagnosis, for a meeting of the National Association of College and University Chaplains. He spoke at a gathering to honor Dr. Mattson held in the Seminary’s Budd Interfaith Building, home of the Macdonald Center for the Study of Islam and Christian-Muslim Relations.

“My first memory of Chaplain Sohaib was when we had a Qur’an study circle with Hartford Seminary students and their families and the Greater Hartford community in Connecticut, and Chaplain Sohaib led it with such compassion and gentleness,” she said. “He would take time especially with the kids – encouraging them to speak. My son, who was a four-year-old at the time, simply loved Sohaib as he felt valued and heard. A true sign of an excellent chaplain. I will truly miss this amazing and beautiful soul.” 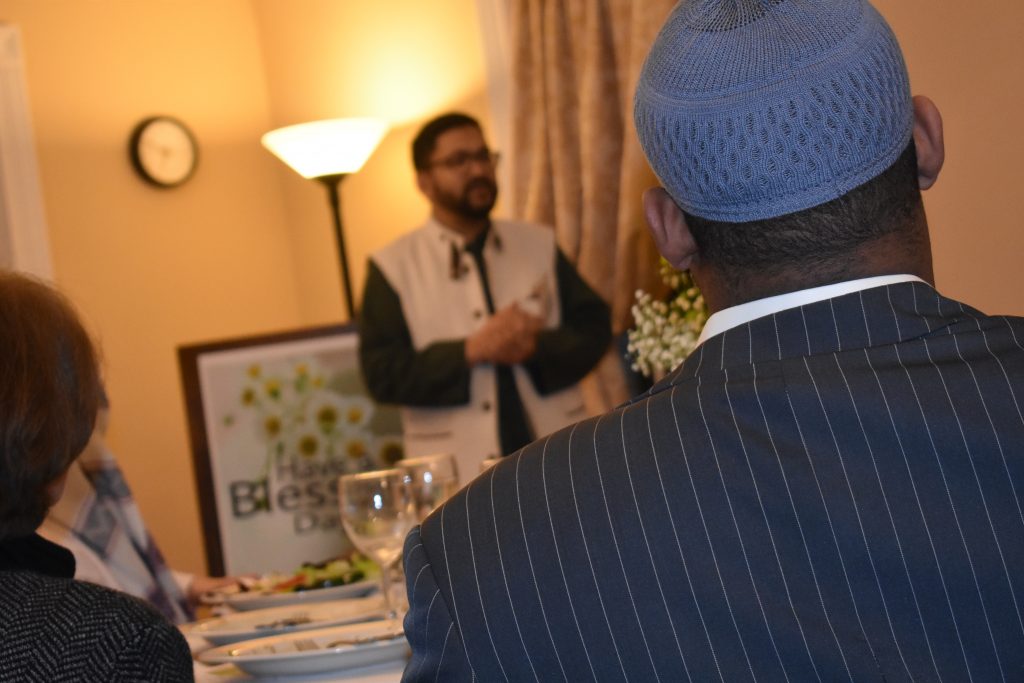