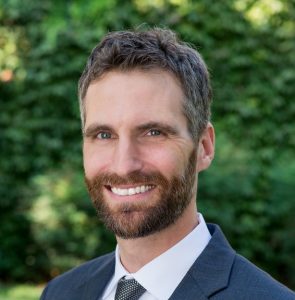 In July 2021, a new book co-authored by President Joel N. Lohr will introduce the world to Mitka Kalinski, who survived seven years of enslavement – while still a child – to a Nazi officer during and after World War II.

Mitka’s Secret: A True Story of Child Slavery and Surviving the Holocaust tells a story that Mitka Kalinski kept secret until 1981, when he told his wife about his past. The book traces Kalinski’s “account of facing the past, confronting his captors, connecting with lost relatives, and finding peace in the rediscovery of his origins.”

A website dedicated to the book and Kalinksi’s story has a wealth of information about the man, the book, and the authors.

Steven W. Brallier, the lead author, along with Joel N. Lohr and Lynn G. Beck as co-authors, were given exclusive access to Mitka Kaliniski, his records and his photos after they agreed to write the story.

President Lohr’s contribution to the project is described on the website as “visionary.” It elaborates, “His knowledge of Judaism and his understanding of causes and impacts of anti-Semitism have been invaluable in establishing the context for Mitka’s story. His skills as an author and his attention to detail have strengthened the text. And his perspectives on the power of faith to heal have helped the authors understand and convey the role of faith in Mitka and Adrienne’s life and healing.”

Lynn G. Beck took a “leading role in researching the historical context of the story and to curating a voluminous collection of material including video records, photographs, correspondence, reflections of friends and family, and primary source material.”

The book is available for pre-order through multiple outlets.

Stay tuned for information about events around the book’s release.