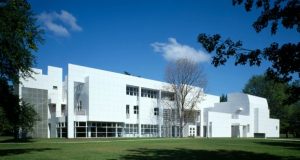 Yesterday evening, news reached me of the tragic and horrific events that occurred in London, Ontario, Canada. Initial reports indicate that a Muslim family of five individuals, including Salman Afzaal and his wife Madiha, their 15-year-old daughter Yumna and 9-year-old son Fayed, as well as Salman’s 74-year-old mother, were out walking on Sunday, June 6, when targeted and deliberately struck by a vehicle in an act of religious hate. Only Fayed survived but with serious injuries.

As the President of a seminary long invested in Muslim-Christian relations, peacebuilding, and religious understanding, and as someone who spent most of my teenage years growing up in a town about an hour away from these events, the news hit me with particular sorrow, grief, frustration, and lament. My heart aches.

Many of you, as loving and concerned friends of the seminary, have reached out to me to express your sorrow and concern. I am deeply grateful for that, and all of this has reminded me of how important our mission is to build understanding so that we might, with God’s help, live together with respect for the dignity of every human being – no matter one’s age, race, citizenship, ability, ethnicity, gender, sexual orientation, socioeconomic status, or religion. I am so deeply disturbed that we are seeing an increase in hate crimes in America and in my native Canada. This disturbing event of Muslim hatred, which is only one of many, as well as an increase in antisemitic attacks being witnessed close to us in Hartford, in New York City, remind me that education, religious understanding, and a commitment to non-violence are our only hope for the future.

The world needs peacebuilders, educated interfaith leaders, and people like you who are committed to building a more just society and supporting our work. May God have mercy upon and protect our beloved neighbors to the north, especially the citizens of London, Ontario, today and in the weeks to come. (Amen)