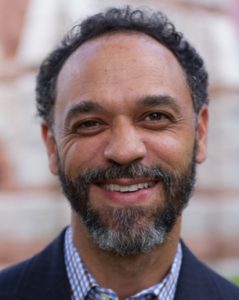 Imam Khalil Abdullah ’19 will succeed Imam Sohaib Sultan ’10 as Assistant Dean for Muslim Life at Princeton University. Imam Sultan passed away in April at the age of 40 about a year after being diagnosed with a rare cancer.

Princeton’s Office of Religious Life announced that Imam Abdullah would start in mid-August. Since 2017, he has been the Muslim and Interfaith Advisor at Dartmouth College and co-chair of Dartmouth’s Council on Diversity and Inclusion.

“Imam Khalil is no stranger to the Office of Religious Life, having served on our Advisory Council since 2019,” Princeton said in its announcement. “He has also been invited on numerous occasions to lead prayers and other events for our Muslim Life Program and has become a cherished spiritual advisor to many at Princeton.”

Wasim Shiliwala GS, a student leader in the Muslim community and member of the search committee for the position, was quoted in the announcement: “He is someone that Sohaib thought highly of – which speaks magnitudes about his character. In addition to a kind heart, he brings a wealth of experience caring for students of all faiths and backgrounds.”

Imam Abdullah will serve in a program that Princeton describes as “a national model for its expansiveness of programming, breadth of inclusion of all Muslims and non-Muslims, its intellectual depth, its beauty, challenge, support, and relevance.”