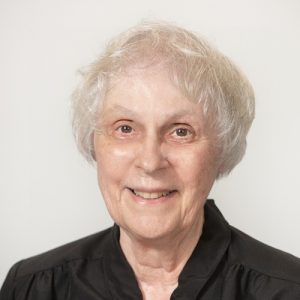 Professor Emerita Miriam Therese Winter spoke on Tuesday to a large international gathering organized by the Women’s Ordination Conference, which describes itself as an “uncompromising feminist voice for women’s ordination and gender equity in the Roman Catholic Church since 1975.”

Dr. Winter’s talk centered on Ludmila Javorova, the subject of her book Out of the Depths: The Story of Ludmila Javorova Ordained Roman Catholic Priest. Javorova was ordained to serve as a Catholic priest during a time when the Communist regime forced the church underground in the Czech Republic.

Dr. Winter’s online talk was timed to coincide with Pope Francis’s trip to Slovakia this week to honor a male priest who was secretly ordained during Communist rule and then imprisoned. The Women’s Ordination Conference is seeking to call attention to Javorova, who is 89 years old and still lives in Slovakia.

According to the Women’s Ordination Conference, Javorova was ordained in 1970 by Bishop Felix Davidek and “became vicar general for a major branch of the underground Czech church for twenty years. Ludmilla Javorova became the first woman ordained to the priesthood to tell her story publicly, confiding her experience in its entirety with Sr. Miriam Therese Winter who later published her authorized biography in 2001.”

The presentation can be viewed below.