Jørgen S. Nielsen is Professor of Contemporary European Islam, Department of Theology and 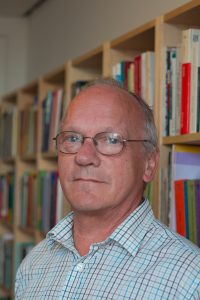 Previously, he was Danish National Research Foundation Professor of Islamic Studies, Faculty of Theology, University of Copenhagen until June 2013 and remains attached as Adjunct Professor in the Faculties of Humanities and Theology.

He has previously held academic positions in Beirut, Birmingham, Leiden, and Utrecht. From 2005 till 2007 was Director of the Danish Institute in Damascus and Cultural Counsellor at the Danish Embassy. He has been a consultant to the Council of Europe and to the EU Presidency on religious minorities and currently teaches courses at the EU’s External Action Service.

He is founding trustee and board member of the International Center for Minority Studies and Intercultural Relations (IMIR) in Sofia, Bulgaria, corresponding member of the Arab Group on Muslim-Christian Dialogue, and chairs the Advisory Board of the Erlangen Centre for Islam and Law in Europe (EZIRE).