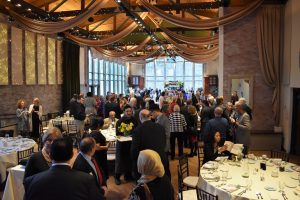 Chair of the Board of Trustees, Dr. Vanda B. McMurtry, gave the welcome, followed by an opening prayer from the Rev. Dr. Ben Watts, who is on the faculty.

Former President Michael Rion served as emcee for the evening program, which included addresses by Dr. Michael Gilligan, President of the Henry Luce Foundation, and Dr. Abubaker Al Shingieti, Vice Chair of the Board.

Dr. Al Shingieti also announced that the Board of Trustees had voted to give Dr. Hadsell the honorary title of “President Emerita.”

Trustee Nancy Roberts, Chair of the Board’s Development Committee, gave a report on the newly established Heidi Hadsell Scholarship for International Peacemaking, an endowed fund that will contribute to scholarships for the Seminary’s International Peacemaking Program. The fund has reached $300,000, she said. Of that $225,000 will go toward an endowment and $75,000 will be used to support one peacemaking fellow for each of the next three years.

William Cronin, a former Chair of the Board, presented a gift from the Hartford Seminary community: a quilted wall hanging made by Hartford artist Ed Johnetta Miller. Miller’s work has been exhibited widely in the U.S. and internationally, including at the National Gallery in Washington, D.C.; at Nelson Mandela’s National Museum in Cape Town, South Africa; and at the Wadsworth Atheneum Museum of Art in Hartford.

A video allowed colleagues and friends from around the world who could not attend in person to send their greetings and good wishes, and the closing prayer was delivered by the Rev. Dr. Ralph Ahlberg. 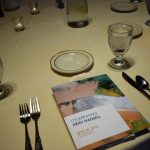 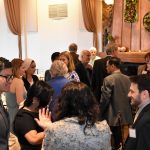 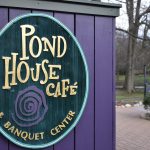 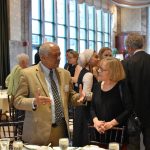 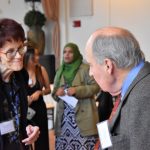 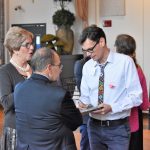 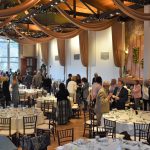 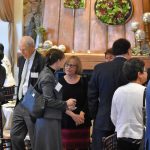 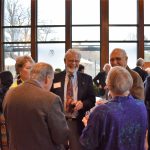 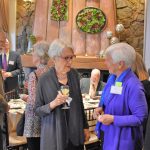 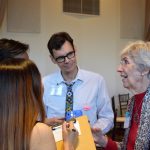 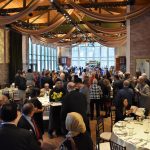 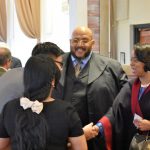 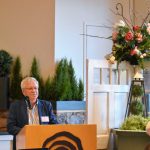 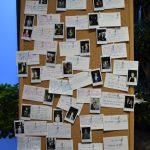 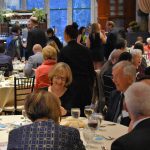 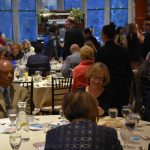 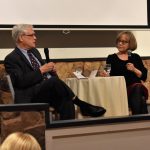 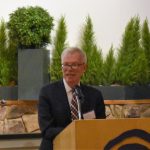 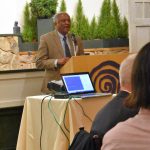 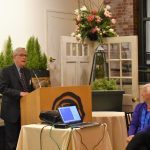 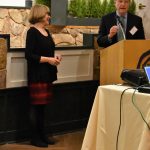 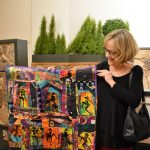 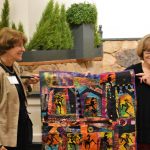