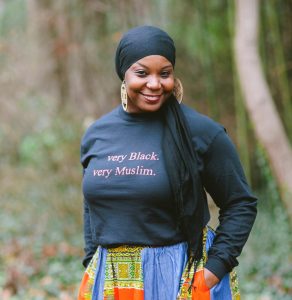 Keynote: The Light of Faith: Spiritual Resilience & Coping in the COVID Age

Dr. Mu’Min Rashad is also the founding Co-Director of the National Black Muslim COVID Coalition, an initiative launched in collaboration with Muslim Anti-Racism Collaborative to address the need for effective planning, preparedness, and organizing during the COVID-19 pandemic.

Dr Mu’Min Rashad describes herself most simply as a Mama, Auntie, sister, and friend; a psychologist, family historian, baker, and bean pie evangelist. She reflects, writes, and tweets on topics related to the intersections of race, religion, identity, trauma, healing and collective well-being. She also shares random anecdotes about her Tiny Human, her two Teens, and her pandemic pets, cat: John Brown, and hounds: Nat Turner and Denmark Vesey.

Panel #1: Relations during the pandemic in North America

Irfan A. Omar (Ph.D., Temple University, 2001), specializes in Islamic thought with a special focus on interreligious connections between Islam and other religions. His secondary areas of interest are Islamic mysticism and South Asian Studies. He has edited/co-edited several volumes including Peacemaking and the Challenge of Violence in World Religions (co-edited with M. Duffey), The Judeo-Christian-Islamic Heritage: Philosophical and Theological Perspectives (co-edited with R. Taylor), and A Christian View of Islam: Essays on Dialogue by Thomas F. Michel, SJ. He currently serves on the editorial boards of the Journal of Ecumenical Studies and the Journal of Race, Ethnicity, and Religion. From 2010-14 he served on the steering committee of the Ethics Section of the American Academy of Religion (AAR). 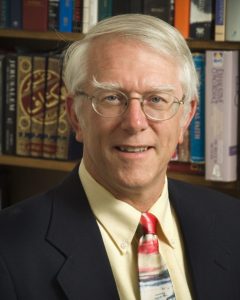 The Rev. Dr. Whitney S. Bodman came to Austin Seminary in 2002 from Harvard Divinity School where he completed his Th.D. in Comparative Religion and Islamic Studies. He retired from teaching in 2018, but continues to write, teach, and participate in some seminary and community programs. A 1977 M.Div. graduate of Duke Divinity School, Dr. Bodman was ordained in the United Church of Christ. He pastored several churches in Massachusetts, and was involved in interfaith organizations, the Interfaith Relations Commission of the National Council of Churches and the Jewish-Christian and Muslim-Christian Dialogues in Massachusetts. Currently he is co-moderator of the National Council of Churches’ Muslim-Christian Dialogue and a participant in the Jewish-Christian Dialogue and an interfaith theology working group. His current research focuses on the Qur’an, political theology, and Muslim-Christian relations. In Austin, Dr. Bodman is active with his church, the Congregational Church of Austin. He is past president of Texas Impact, an interfaith organization that seeks to help religious communities engage effectively with the Texas State Legislature on a wide range of issues of public policy.

Hurunnessa Fariad is Head of Outreach at the All Dulles Area Muslim Society (ADAMS Center). She is also the Director of Outreach for Multi-Faith Neighbor’s Network. She is the Secretary of the Board of Directors at Virginia Interfaith Center for Public Policy, Leadership Circle for One America Movement, Member of the Fairfax County Faith and Equity Committee, and involved with many other faith-based organizations. She is also the founder & Music Director of America’s first Mosque Youth Choir, The ADAMS BEAT Choir. She is the founder and co-host of the Sister Act Podcast along with co-hosts Dr. Sabrina Dent and Rabbi Susan Shankman. Conversations center around shame, stigma, rights, and social justice issues and how our faiths address these topics. 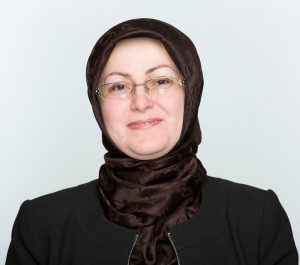 Nazila Isgandarova has a Ph.D. from the University of Toronto, a Doctor of Ministry degree in pastoral counselling, marriage, and family studies from Wilfred Laurier University, and a Master of Social Work from the University of Windsor. She is a Registered Psychotherapist at the College for Registered Psychotherapists of Ontario and a Registered Social Worker at the Ontario Social Workers and Social Service Workers. She is the recipient of the prestigious Forum for Theological Exploration research award for her study on domestic violence against Muslim women, the Canadian Association for Spiritual Care Senior Research Award and the Society for Pastoral Counselling Research Award. Currently, she is a faculty member at Emmanuel College of Victoria University in the University of Toronto teaching mental health and psychopathology and psychotherapy courses. Her book, titled Muslim Women, Domestic Violence, and Psychotherapy: Theological and Clinical Issues, was published by Routledge in  2018 and Islamic Spiritual Care by Pandora Press in 2019.

Panel #2: The Pandemic in the Middle East, South, and Southeast Asia 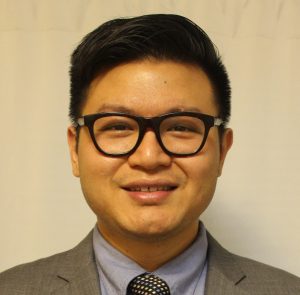 Hans A. Harmakaputra is Visiting Assistant Professor in Comparative Theology and Muslim-Christian Relations and Louisville Postdoctoral Fellow at Hartford Seminary. He graduated from the Ph.D. program at Boston College, Theology Department. Prior to his appointment at Hartford Seminary, he was a resident scholar at the Collegeville Institute, Minnesota, for the academic year of 2019/2020. He also taught as an adjunct faculty and teaching fellow at Jakarta Theological Seminary, Indonesia (2013/2014), Emmanuel College, Boston (2017/2019), and Boston College (2018/2019). His recent publications are “Say ‘No’ to Christmas? An Analysis of the Islamic Fatwa on the Prohibition of Wearing Non-Muslim’s Attributes in Indonesia” at The Muslim World journal and “Fratelli Tutti and Interreligious Friendship: An Indonesian Christian Reflection” at The Journal of Social Encounters. 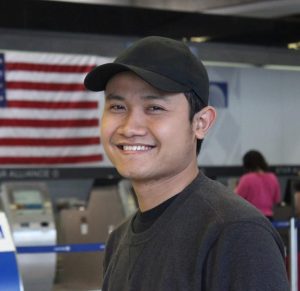 Luthfi Rahman, MSI, MA got his BA from Tafsir Hadith Department UIN Walisongo (Walisongo State Islamic University) Semarang, Central Java, Indonesia. He then earned his first master at the Islamic ethics department from the same university and his second masters in Christian-Muslim Relations at Hartford Seminary. He is a lecturer at the Faculty of Ushuluddin and Humanities of UIN Walisongo. He is a member of LAKPESDAM (Research and Development unit) NU Central Java and serves as a teacher in Pondok Pesantren Darul Falah Besongo Semarang. He specializes in sociology, anthropology, and theology of religions. He is now a secretary of Rumah Moderasi Beragama (The House of Religious Moderation) UIN Walisongo. His research interests include interfaith and interreligious issues and works.

Allen Joseph is the Dean of Academics at Ebenezer Theological Seminary, Kerala, India. He was ordained as a minister to the Pentecostal Church in India. He worked as the Dean and Principal of a Pentecostal seminary in Northern Part of Kerala, which is the second-largest Muslim district in India after Kashmir. He lived in Saudi Arabia along with my wife and daughter for three years and taught in a school there. He has an MA in Islamic Studies and Christian-Muslim relations (2019), and graduate certificate of International Peacemaking Program (2016) from Hartford Seminary; Post-Graduate Diploma in Islamic Studies and Interfaith Relations (2013) from Henry Martin Institute; M.Div.  (2004) from Asian Institute of Theology, Bangalore; B.Th from Gospel for Asia Biblical Seminary.

Formerly part of the leadership at the Arab Baptist Theological Seminary in Beirut, Lebanon, for 19 years, Martin Accad transitioned to form a new initiative, Action Research Associates, in January 2021. Accad joined ABTS in 2001 after receiving his DPhil (PhD) from the University of Oxford in the UK. He teaches in the fields of Islam, Middle Eastern Christianity, contextual hermeneutics, Christian-Muslim Relations, and peacebuilding. Martin is also heavily involved in grassroots dialogue and peacebuilding work with Christian and Muslim faith actors and politicians in Lebanon. He is the author of Sacred Misinterpretation: Reaching Across the Christian-Muslim Divide (Grand Rapids: Eerdmans Publishing Company, 2019), and co-editor (with Jonathan Andrews) of The Religious Other: A Biblical Understanding of Islam, the Qur’an and Muhammad (Carlisle: Langham Global Library, 2020). He has published numerous articles and book chapters in the fields of Islam and Christian-Muslim relations; he blogs regularly at IMES.blog. 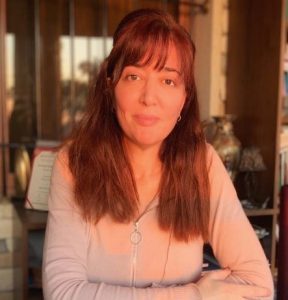 With a Bachelor in theology from Arab Baptist Theological Seminary, Lebanon, and a Master’s degree in Religions within the MENA Region from the Institute of Middle East Studies, Chaden Hani is currently pursuing a doctoral degree at International Baptist theological study Center, Amsterdam. Her research currently includes peace and reconciliation through a multiple narrative’s approach, focusing on the current situation and reality of Lebanon, specifically how to reach forgiveness and reconciliation after the civil war. She worked for the past 5 years as a researcher in peacebuilding initiatives with the Institute of Middle East Studies. She also co-managed three initiatives revolving around peacebuilding and reconciliation. Her work includes a network of religious leaders and politicians and is specialized in the development and implementation of dialogue and reconciliation in the local communities.

Panel #3: The Pandemics, Interfaith Relations and the Arts

Silk Road Rising: Interfaith Storytelling and the Art of Understanding

Silk Road Rising is a community-centered arts organization rooted in Asian, Middle Eastern, and Muslim experiences and dedicated to cultivating understanding through live theatre, digital media, and arts education. A panel of company staff and volunteers will present videoclips and discuss ways their programs use art to host interfaith conversations and promote interfaith learning. Concrete examples will illustrate how the pandemic has both hindered and enriched those efforts. 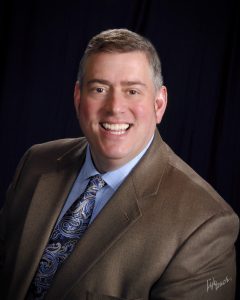 Jamil Khoury is the Co-Founder and Co-Executive Artistic Director of Silk Road Rising, an art-making and arts service organization that shapes conversations about Asian, Middle Eastern, and Muslim Americans. A theatre producer, playwright, essayist, and filmmaker, Khoury’s work focuses on Middle Eastern themes and questions of Diaspora. He is particularly interested in the intersections of culture, national identity, religion, and belonging.  Khoury holds a M.A. degree in Religious Studies from The University of Chicago, a B.S. degree in International Relations from Georgetown University, and is a Northwestern University Kellogg Executive Scholar in Nonprofit Management.

Corey Pond (he/him/his) is a director, dramaturg, casting director, and producer. In 2018 he adapted and directed the workshop production of Christmas Mubarak at Silk Road Rising. Corey joined Silk Road Rising in 2011 as a house manager, became the production manager in 2012, and then the associate producer in 2017. During his time with Silk Road Rising, he has worked on 25 productions, nearly 50 staged readings, three video plays, and one documentary. Corey holds a B.A. in theatre from Illinois State University, where his studies concentrated on directing but also explored theater management, dramaturgy, and literary adaptation. In his free time, Corey is an avid baker, obsessive video game player, and caretaker of one hedgehog. 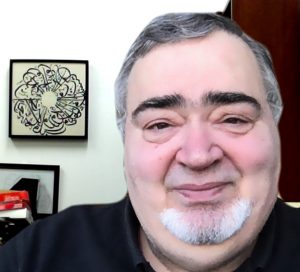 Fouad Teymour is a Chicago-based Egyptian American playwright. He is a resident playwright at Chicago Dramatists, an associate artist of Silk Road Rising, and Medina Theater Collective, and a board member for International Voices Project (IVP). The Jeff-recommended world premiere of his play Twice, Thrice, Frice…, directed by Patrizia Acerra, was co-produced by Silk Road Rising and IVP (2019). It was Jeff-nominated for Best New Play and published by Stage Rights in 2020. Blue Fish in A Tall Clear Vase, directed by Jason Smith, was produced at Three Cat Productions (2017) where Fouad also collaborated on The Other Side of Christmas (2016), and Holiday Stories (2015). His plays received readings in Crescent and Star at Silk Road Rising, New American Voices at Queens Theater, NY, and Chicago New Work Festival. He translated Ahmed Serag’s The Castle and The Sparrow from Arabic [Dar Ibda’a, Egypt, 2015], acted (Omar) in Jamil Khoury’s video play Obstacle Course, and collaborated with several Chicago productions as cultural consultant. Fouad is a Professor of Engineering at Illinois Institute of Technology. 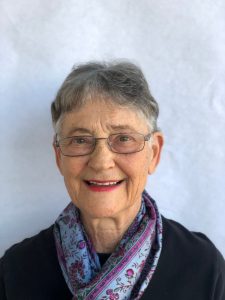 Carol Schersten LaHurd is Distinguished Affiliate Professor at the Lutheran School of Theology at Chicago and educational outreach consultant for A Center of Christian-Muslim Engagement for Peace and Justice there. She has been professor of biblical studies, Islam, and interreligious relations at such universities as St. Thomas (MN), Wake Forest, and Fordham; has published numerous scholarly articles and book chapters; and co-authored and edited Engaging Others, Knowing Ourselves: A Lutheran Calling in a Multi-Religious World (2016). From 2006-2010 she coordinated the Middle East peace-making strategy of the Evangelical Lutheran Church in America. Dr. LaHurd received the B.A. from Augustana College (IL), the M.A. in English from the University of Chicago, and the Ph.D. in Religious Studies from the University of Pittsburgh and Pittsburgh Theological Seminary.